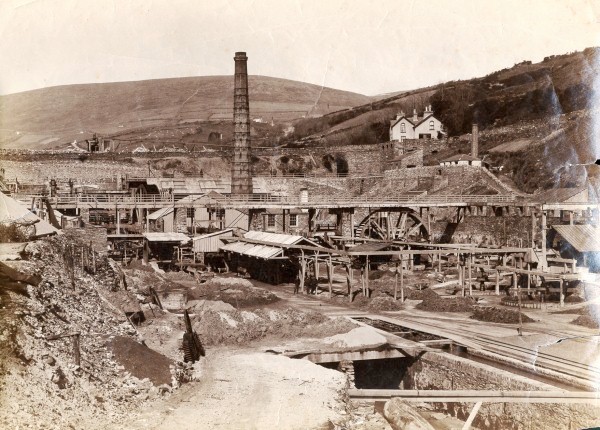 Deposits of metal ores usually consist of a mixture of minerals and although the miners would try to mine only the minerals of value, inevitably worthless material would be brought to the surface with the ore.  The process of separating the waste and sorting the valuable ores was known as "dressing". This was carried out at the "Washing Floors", built in 1848 and which were situated in the area now known as the Valley Gardens, where the Great Laxey Mine Railway has its terminus. Nearly three hundred people worked on the Washing Floors in the 1870s, including a number of women and children.

Trains loaded with ore arrived at the top of the washing floors through the tunnel beneath the main road (and later the Manx Electric Railway line) at the top of the storage bunkers. The tramway wagons were uncoupled and the contents tipped down the "teams" to the bunkers below. The sloping stonework of the "teams" still survives and the wear on the stone from the ore falling from the tramway wagons is still apparent. 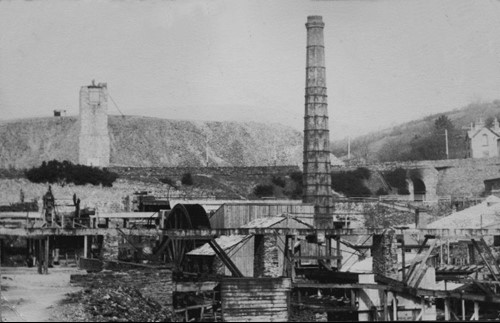 Waste stone was then hand sorted and the pieces of ore were placed in the crusher. A number of other processes using machinery powered by waterwheels and with names such as "jiggers" and "buddles" separated the ore into different types.  At the end of the process, a horse tramway carried the ore down the Glen Road to Laxey Harbour from where it was shipped away to smelting works in South Wales.

Waste stone was tipped on the other side of the main road and eventually the immense pile of "deads", as it was known, towered above the adjacent houses.  The "deads" were removed during the Second World War and were used to construct runways at two RAF stations in the north of the Island.  The machinery on the Washing Floors was scrapped in 1935.

In 2006, the former Snaefell Mine Waterwheel was rebuilt on the Valley Gardens by members of the Laxey Mines Research Group.  A series of information boards located around the area explain the main features and the washing process.