Books and other merchandise

There are a number of publications available which relate to the Mine railway and other local railways. These are listed below and can be obtained from good bookshops in the Island. Some books are no longer in print and as such to obtain a copy it will be necessary to seach on the internet or in a good second hand bookshop.

Some bookshops on the Island have there own websites and a few are liusted here with hyperlinks: 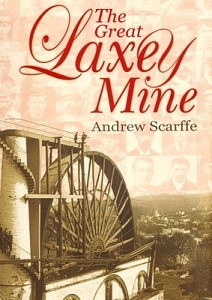 Celebrating 150 years of history, this fascinating, in-depth, large-format book looks at the the Great Laxey Mine from its very beginnings. Lavishly illustrated with archive photographs, detailed maps and original plans for the Lady Isabella Wheel. 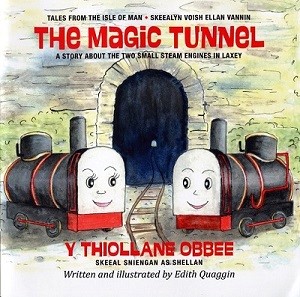 Ant and Bee are the two replica steam engines at the Great Laxey Mine Railway who fool around in their shed one night and end up travelling back in time through the magic tunnel (the present-day tunnel still used by the Railway).  They talk to one another about the miners and going into the mine to transport the lead ore to the washing floors where women and children work outside in dirty conditions.  The story ends when the engines come back to the present-time.

The book is part-fact and part-fiction, is beautifully illustrated throughout by the author and has parallel texts in both Manx and English. This publication has been supported by

The Lady Isabella Waterwheel of the Great Laxey Mining Company, Isle of Man

No ISBN number as privately published

The only detailed account of the Laxey Wheel on the Isle of Man - its technology, associated watercourses and mine pumps. 95pp plus fold out plans etc. Privately published by the Author in Denmark, there are three editions. Now out of print but can be found on good second hand book websites and shops. 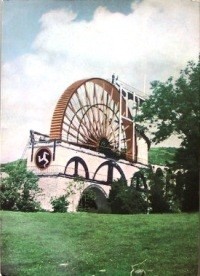 The Railways and Tramways of Laxey 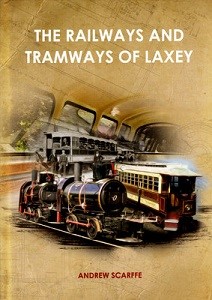 One hundred and fifty years ago Laxey was home to one of the richest lead mines in Britain. In one year the Great Laxey Mine produced over 11,000 tons of zinc ore, as much as all the other mines in Britain added together! In this book Laxey resident and historian Andrew Scarffe relates the many tramways and railways which were associated with the Great Laxey Mine plus a few that were proposed but never built.

Uniquely in British mining, Great Laxey used two tiny steam locomotives, Ant and Bee, to haul the mined ore from deep underground to the Washing Floors, where the ore was prepared for sale. Both were unfortunately scrapped in the 1930s following the closure of the mine. Seventy years later the Laxey and Lonan Heritage Trust began the restoration of the surface section of the former tramway using replicas of the original locomotives. To bring the history of Laxey's tramways fully up to date, the story of the rebirth of the Great Laxey Mine Railway, as it is known, is fully related.

Laxey's harbour facilities were poor and a number of steam railways connecting Douglas with Laxey were proposed. This book also recalls the fascinating and unfulfilled proposals. When a railway was eventually built, somewhat ironically it was to be an electric tramway for tourists and the Great Laxey Mine was ignored. Previously unpublished information describes the construction of the famous Manx Electric Railway.

Lavishly illustrated throughout, almost all of the photographs, plans and builders drawings have not been previously published.

Railways and Tramways of the Isle of Man 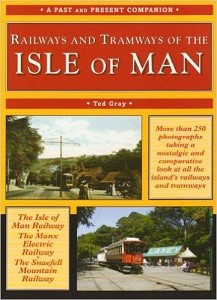 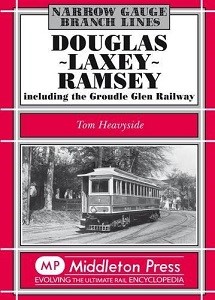 The Manx Electric Railway was a pioneer in electric traction and has become a national icon. In this book a full length journey is enjoyed from Douglas to Ramsey together with visits to the Douglas Horse Tramway, the Groudle Glen Railway, the Snaefell Mountain Railway, the Great Laxey Mine Railway and the Ramsey Pier Tramway. Illustrated throughout with both historical and up to date photographs.

Trains and Trams of the Isle of Man (Second Edition) 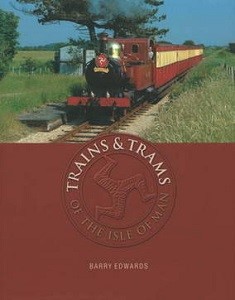 This book is an up-to-date photographic survey of the eight surviving railways of the Isle of Man. The oldest of these had its beginnings in 1823, the youngest is hardly out of its infancy.

The photographic journey is accompanied by informative captions supported by a short historical text describing each of the railways.

Detailed maps and a complete fleet list complement this title, making it one of interest to railway enthusiasts across the world as well as many of the visitors to the Isle of Man who want a lasting souvenir of their journey on one or more of the heritage railways.

This Second Edition, published in October 2015, contains over 80 new photographs and many that were previously in monochrome are now reproduced in colour. A small selection of colour images of the closed steam lines have also been included, none of which have been published before. Each of the text sections has been updated to September 2015 and a couple have been almost entirely re-written following further research. Finally, the fleet list is also revised and correct to September 2015. 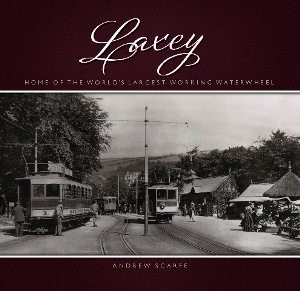 Laxey or Laksaa in Manx, is a village on the east coast of the Isle of Man. Its name has been derived from the Old Norse Laxa meaning 'Salmon River'. Local historian Andrew Scarffe has researched this publication and gives the reader a wonderful insight to Laxey in the bygone years. The author has written a brief history of the village and its surrounding districts, together with an overview of the popular historical sites which are now visited by thousands of people a year, accumulating this together with a wealth photographs and captions.

Lonan: A collection of images through the years. 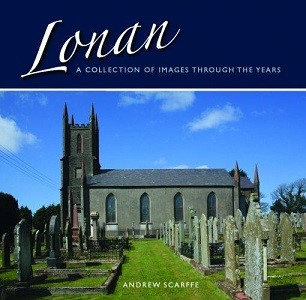 The Story of Laxey Flour 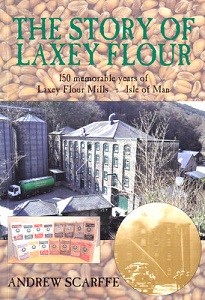 This book tells the story of the shaping of the Mill by the personalities involved and the vagaries of business which are all traced in what is an absorbing read - as well as a carefully researched historical, technical and social record of 150 memorable years of Laxey Flour Mills which is the miller of the finest quality, additive-free flour available in the British Isles.