Despite its relatively small size, the Isle of Man was extremely rich in mineral deposits of lead and zinc. During mid Victorian times, the island produced a significant proportion of the United Kingdom's output of these ores. 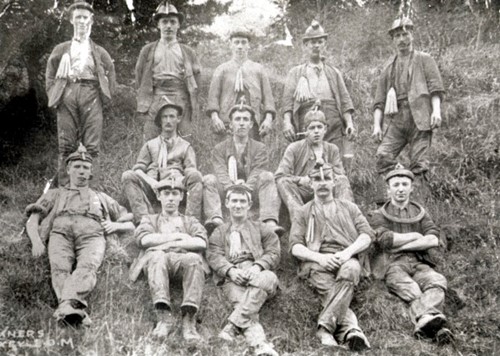 Mining began at Laxey in about 1780 and for the next forty years the mine was worked with little success by small groups of speculators. In 1822, the Kirk Lonan Mining Association was formed to work the mine and by 1833, when a profit was made for the first time, over 200 people were employed.  In 1849 the Mining Association was reformed as the Great Laxey Mining Company. By this time the lowest workings were constantly being troubled by floodwater. It was decided to build a massive waterwheel, the biggest in the world, to power new pumps. On 27th September, 1854 the 72 feet diameter 6 in waterwheel christened the "Lady Isabella" was set in motion for the first time.

In 1862 the company became the Great Laxey Mining Company Ltd. Despite two bitter strikes in the 1870's, the output of the mine remained very impressive and in 1875 production peaked. In that year, 2400 tons of lead ore and 11753 tons of zinc ore were mined, the latter being almost half of the United Kingdom's output. 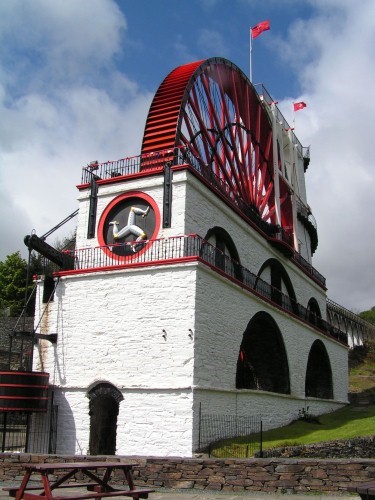 Although the shareholders were richly rewarded for their investments, life for those working at the mine was particularly grim. During the 1870's, nearly 800 people worked at the mine in often dreadful conditions. The miners worked eight hour shifts and many walked a considerable distance from their home to the mine. Descent of the shafts down the wooden ladders to the lowest workings over 2200 feet deep could take nearly an hour and the miners were wet and muddy almost as soon as they entered the mine. Work was carried out entirely by candle light and after a grueling shift deep underground, they faced a climb back up the ladders to the surface. A six day week was worked and the only official holidays were Good Friday and Christmas Day. Pay was poor and most earned less than twenty shillings a week (less than a pound in today's currency).

By the mid 1880's the British mines were competing with of ores imported from overseas at a much cheaper cost. At Laxey the quality and value of the ore being mined was diminishing and machinery which was once at the forefront of mining technology was worn out; the money required to replace it had been paid out in large dividends. A gradual decline now began which was only brought to an end in 1903 when the company was restructured as Great Laxey Ltd. With new capital, the machinery was replaced but the company went into liquidation in 1920. In 1922 the mine was purchased by a local businessman Robert Williamson who was able to carry on mining until 1929, when the once proud Great Laxey Mine closed for the final time. It was the last mine in operation on the Island and its closure brought to an end the once prosperous Manx mining industry.

Today, it is owned and maintained in full working order by Manx National Heritage. Visitors can climb the 96 steps of the spiral staircase to the top platform and view the magnificent scenery of the Laxey Valley. A short section of the underground workings and the mining trails can also be explored.